Genetic modification (originally known as genetic engineering and now rebranded as ‘gene editing’) is being promoted as an essential tool in the farmer’s sustainability toolbox. But is the technology really the right tool for sustainable agriculture?

On January 7th the Secretary of State for Agriculture, George Eustice, gave the country just 10 weeks for a “public consultation” on removing current regulations on this technology. Eustice says gene editing will “help the UK reach its vital climate and biodiversity goals in a safe and sustainable way”.
Opponents say that, where it is grown, GM has not managed to improve livelihoods and, rather than reducing pesticide use, it has entrenched most farmers’ dependency on chemical inputs. Deregulating gene editing, they argue, will further intensify a corporate-controlled industrialised system of food production that damages both environmental and human health.

The UK Farmers Assembly is bringing together 500 farmers and growers from across the UK to join a growing and urgent discussion. All are welcome to register and participate as observers.

The Assembly’s first meeting will take place on Zoom between 7pm-8.45pm, Sunday 28 February. Participants will hear from speakers with contrasting views and forms of expertise, including those whose knowledge comes from lived experience as food producers and consumers.

There will be time for question and discussion and registered participants who are food producers (e.g. farmers, growers and fisherfolk) are invited to submit questions in advance here.

Following the main event there will be an additional 30 minute breakout session for those interested in helping shape future discussions on technology in the food and farming system.

Organised by A Bigger Conversation and ETC Group, the initiative forms part a programme of technology assessment taking place across four geographical regions of the world. 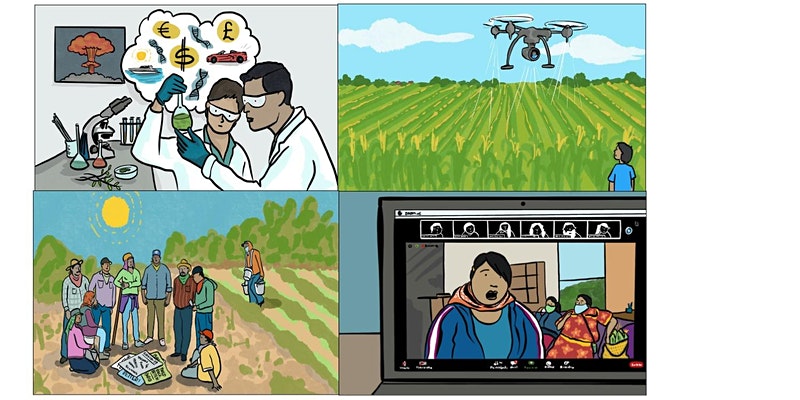