The UK places little importance on soil, resulting in a worrying lack of knowledge around this vital British asset, according to reports released by the APPG on Agroecology for Sustainable Food and Farming. 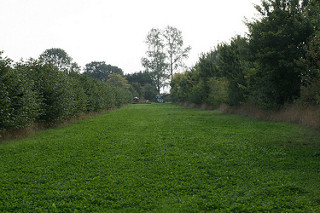 Farmers should be incentivised to improve soil organic matter
with initiatives such as agroforestry, says report

Although 95 per cent of our food comes from the soil, the political agenda does not reflect this and current policy is insufficient in protecting soil for future generations.

Following the APPG’s recent inquiry into soil health and protection, which took a particular focus on agriculture, serious concerns emerged around the following key areas:

A panel of cross party MPs and Peers heard evidence over three oral sessions, with expert witnesses from the NFU, Rothamsted Research Institute, the Soil Association and Cranfield University among others.

Baroness Miller of Chilthorne Domer, who led the inquiry panel, said: “Healthy soil is vital both here and around the world. Failure to tackle current problems will lead to catastrophic environmental, economic and social breakdown. Reversing the loss of soils, along with restoring knowledge and interest in soil, are essential first steps to sustainable food production.”

One step that could be taken to build healthier soils, is to use measures within Pillar 2 of the Common Agricultural Policy (CAP) to incentivise farmers to improve soil organic matter with initiatives, such as crop diversification to include agroforestry, which could also mitigate against harmful monocrops, for example maize grown for energy use.

The findings echo many of the concerns expressed in the recent Environmental Audit Committee (EAC) report, and when read together they give a complete assessment of UK soils, along with policy recommendations to improve their current state.

The APPG particularly supports recommendation 691 from the EAC report, which recognises the need for agricultural practices that maximise soil health, and calls for landowner incentives to restore soil quality to help mitigate against flooding. Such a policy could help deliver against food security concerns while also providing natural barriers to help minimize damage from the increasing number of floods battering the UK.

As the UK population is set to rise to some 70 million people by 2030, the issues outlined in the reports will need to be taken seriously or the pressure on our agricultural system may prove devastating.

The APPG is sharing the reports with Ministers and Shadow Ministers to raise the importance of soil health and to encourage greater consideration for soil protection policies. The reports have also been sent to over 80 MPs, 50 non-government stakeholders and are available here