Home / News / Brexit letter to David Davis and Theresa May

Brexit letter to David Davis and Theresa May 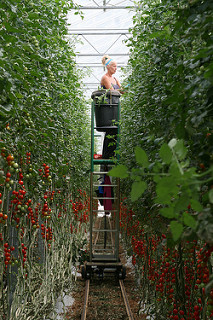 How will we manage for fruit and veg pickers
if we can no longer rely on the 65% of our
farm workers that come from other EU
countries?

Organisations representing the health and long-term interests of millions of British citizens have called on government to adopt common-sense food, farming and fishing policies that are good for jobs, health and the environment, when they plan for the UK’s exit from the European Union.

Concerns are expressed in a letter to Prime Minister Theresa May, and David Davis MP the Minister overseeing a new Department advising the Government and PM on the post EU Referendum strategy. The letter, co-signed by over 80 food, farming, fair trade, poverty, animal welfare, wildlife, health and environmental organisations, argues that good food, farming and fishing policies must be central to any post EU Referendum strategy for the UK.

The organisations point out that better food, farming and trade policies can help to cut greenhouse gas emissions from farming and food industries by 80% by 2050, and promote healthier diets to combat heart disease, cancers, diabetes, and obesity, saving the NHS, and ultimately taxpayers millions. Such policies can also support a vibrant and diverse economy, supporting good jobs and working conditions, in the UK and overseas. Further, the UK could prioritise ethical and sustainable production methods, improved animal welfare, more farmland and marine wildlife, a healthy future for bees and other pollinators, as well as enhancing the beauty of the countryside and protecting the environment, whilst also providing a safe and traceable food supply.

Kath Dalmeny, head of Sustain, an alliance of food and farming organisations, who coordinated the letter, said: “The British public has given no mandate for a reduction in food and farming standards, a weakening of protection for nature, nor a reversal of the UK’s commitment to lifting millions of the poorest people in the world out of poverty through trade. We are seriously concerned that such vital considerations may be over-run by a drive for new trade deals at any cost.”

Stanley Johnson, co-chairman, Environmentalists for Europe, said: “Brexit means Brexit. What matters now, on the food, farming, fishing and animal welfare front, is to make sure we don’t throw out the baby with the bathwater. We need to stick to key standards agreed throughout Europe, often as a result of a UK initiative, and we need to find ways of ensuring that, in the future, we are still able to play a leadership role in European and international food, farming, fishing and environmental negotiations.”

Professor Tim Lang from the Centre for Food Policy, City University London, said: “Brexit was largely won on the idea that the UK can ‘take back control’ but what does this mean in a country that imports nearly a third of its food? How will we manage for fruit and veg pickers if we can no longer rely on the 65% of our farm workers that come from other EU countries? If we want a home-grown supply of fresh, healthy and sustainable food, then farm incomes must improve, including fair terms of trade for farmers, and better pay and conditions for farm workers, as well as some level of continued allowance for migrant and seasonal workers. Will David Davis advise the government to negotiate all that?”

Malcolm Clark, coordinator of the Children’s Food Campaign, an alliance of health and children’s organisations, said: “Brexit must not mean an end to policies that can reduce the diet-related conditions, such as cancers, diabetes, obesity and heart disease, that threaten to overwhelm the NHS. We have already waited nearly a year for the government’s Childhood Obesity Strategy, yet decisive action is still urgently needed to decrease consumption of junk food. Since the result of the EU Referendum, we have already seen the food and soft drinks industry calling for the sugary drinks tax to be shelved. But the UK’s future outside Europe must not be allowed to result in a rise in diet-related disease.”

Stephen Trotter, the Wildlife Trusts’ Director for England, a federation of 47 charities, protecting, championing and taking action for wildlife and wild places at land and at sea, said: “Public money should be spent on public goods. We have the chance now to increase the wildlife in our farmed landscapes, prevent flooding, stop pollution of our water supplies and reduce climate change. We will be looking to make sure that the proposals for what comes after the Common Agricultural Policy mean that wildlife and the environment don’t lose out.”

Tim Aldred, head of policy and research at the Fairtrade Foundation, a not-for-profit organisation that promotes the Fairtrade Mark on products in the UK, said: “Millions of people in developing countries work hard and rely on their food exports to the UK for their livelihoods. It is essential that the UK takes their needs into consideration when negotiating new trade deals, to ensure there is no loss of livelihoods amongst the world’s poorest people. With the right political commitment this could be an opportunity to strengthen truly fair trade that works for the poor, that delivers on the sustainable development goals of reducing poverty worldwide and towards a sustainable future.”

Ruth Westcott, who coordinates the national Sustainable Fish Cities campaign, a collaboration of the UK’s leading marine conservation and sustainable fish organisations, said: “We can take back control of our seas to some extent. But it is vitally important that life outside the EU does not lead to a fishing free-for-all. Fish swim across national boundaries, and precious stocks that we share across the EU are still under threat from over-fishing. So stocks must still be managed sustainably and in negotiation with other countries. David Davis must put the science of marine conservation at the heart of government’s decisions about leaving the European Union.”

The signatory organisations also ask David Davis MP to ensure that the advice the new unit provides to government is drawn up in consultation with people with science, health and sustainability expertise in relation to food, farming and fishing, alongside economic concerns. Further, the signatory organisations urge that food, farming and fishing make up one of the Options Papers being developed by the unit, to advise the PM and government.

The letter and full list of signatories is available here: www.sustainweb.org/resources/files/other_docs/David_Davis_letter_FINAL.pdf