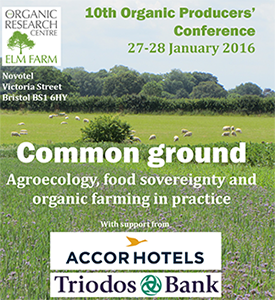 I don’t like elites or cliques but I’m not big on inclusivity either; at least not on an ongoing basis. There are people I quite enjoy watching sport with but I wouldn’t want to spend an evening at home with them. A shared hatred of Chelsea FC isn’t really a viable basis for a shared social life, a family or a joint business. It could be the foundation of a political movement though.

Hatred or mere dislike of something has always been a good basis for an opposition. Being inclusive against something works pretty well. It’s when you move on to building something else that things get tricky.

That’s when different values and different world views kick in. President John F Kennedy was great on inclusivity and sharing. His legend is built on his speeches about it. Here is an apt quote from one:

“So, let us not be blind to our differences. But let us also direct attention to our common interests and to the means by which those differences can be resolved. And if we cannot end now our differences, at least we can help make the world safe for diversity. For, in the final analysis, our most basic common link is that we all inhabit this small planet. We all breathe the same air. We all cherish our children’s future. And we are all mortal.”

In the same speech he called the Russian state repugnant – which it was – and promoted the American way of life and values as ‘the way’. He also said “The United States, as the world knows, will never start a war”. That was in 1963, the same year as the number of US ‘military advisors’ in Vietnam increased to 15000. Confused? Kennedy wasn’t. We share ‘this small planet’ and ‘cherish’ the future but the sharing and the cherishing is to be done ‘My Way’ as another American icon had it.

One of the dramas of the 2001 Foot and Mouth outbreak was the infighting between scientists. They all wanted the outbreak stopped but they wanted their particular approach to be the one that ended it. Computer Modelling had to top boring old veterinary epidemiology and the smart Royal Society clique had to beat the pedestrian Maff scientists; and so the cull continued.

It’s easy to say they could have worked together and used ‘all the tools in the box’. But who owns the box and chooses which tools to use? It’s a bit like car sharing. It works well if you are all going to the same school and the kids are going to the same after- school clubs. It doesn’t if the destinations are different and you come from a different part of town.

The opening plenary session of the ORC Organic Producers’ Conference will be exploring these themes. Well, probably not Kennedy or car sharing but tools, tool boxes and who controls them and how they are used and whether a ‘shared vision’ is needed to use them. Does it exist between agroecology, food sovereignty and organic farming? How does ‘integrated management’ fit in?

At first glance this could be so abstract as to be pointless. But these are key questions.
In this Bulletin and in the Conference there are plenty of examples of innovative research and on-farm practice some of which are delivered by previously unlikely partnerships. The applicability of many of them depends on the nature of the farming systems in which you use them and, crucially, the output you are striving for. And that, whether you realise or like it or not, is dependent on how you see the world and the role of farming and food in it.

Technology and innovation is not neutral and sharing is not a neutral act. They are framed and put in context by vision and aspiration. Wendell Berry didn’t say “eating food is a political act”; he said it was “an agricultural act” but I like to think it is what he was getting at.

Personally, I prefer Schumacher’s vision to Kennedy’s; to paraphrase: we must develop new methods of production and new patterns of consumption built upon the principle of limitation, because our environment is strictly limited. We must only employ methods and equipment “which are cheap enough so they are accessible to virtually everyone; suitable for small-scale application; and compatible with Man’s need for creativity.”

I wonder how many share this as common ground?