Home / News / Health and Harmony – will a Green Brexit deliver?

Health and Harmony – will a Green Brexit deliver? 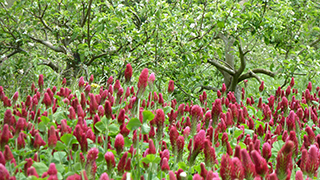 With great fanfare, the consultation on the Secretary of State for the Environment, Michael Gove’s, Agriculture Bill for life after Brexit has been launched (Health and harmony: the future for food, farming and the environment in a Green Brexit). Meetings of all types are being held around the country – or at least in England, as the Bill will not apply to Scotland, Wales or Northern Ireland – even though no agreement has yet been reached about the repatriation of powers returned from Brussels.

As the title suggests, Michael Gove is keen to promote a new agenda for food and farming in England, one which ‘promotes environmental enhancement, supports profitable food production and contributes to a healthier society’.

The plan promises to ‘incentivise methods of farming that create new habitats for wildlife, increase biodiversity, reduce flood risk, better mitigate climate change and improve air quality by reducing agricultural emissions.’ This will be achieved ‘by ensuring that public money is spent on public goods’ supporting both the environment and animal welfare.

These goals coincide directly with what the organic movement has been calling for over decades, so in theory we should be pleased. But aside from a case study of OMSCo, organic food and farming only merits part of a sentence in the document: ‘We will also continue to recognise the benefits of organic production …’, and agroecology is not mentioned at all. The evidence compendium and the review of ‘good’ Countryside Stewardship options (which include the organic conversion and maintenance support) don’t mention organic.

By contrast, precision agriculture and advanced technological solutions are promoted as the big opportunity. Where is the sense that a genuine focus on the environment requires ecological innovation and knowledge exchange so that farmers can use their own creativity and expertise to drive positive change?

The English Organic Forum, representing all the organic organisations, has written to Michael Gove setting out its concerns that the real potential of organic food and farming to deliver both public goods and economic benefits has not been recognised in the Command paper.

At a time when the organic market in the UK has been growing for several years, the land area under organic management has been falling – by 30% between 2007 and 2016 – when across Europe there has been 73% growth. The EU average is now 6.7% of all agricultural land, whilst the UK has fallen to 2.85%. Italy has reached almost 15%, Austria and Sweden over 20%. In France, President Macron is calling for 22% by 2022, while the new German coalition government agreement sets a target of 20% by 2030.

What’s more, evidence from Italy, Austria and other countries indicates that the rapid growth of the organic sector is being driven by the higher profitability of organic farming. According to the Farm Business Survey, organic farming performed better than non-organic across all farm types in England in 2015/16. It may well be that as Direct Payments are withdrawn from farmers, with potentially serious impacts on the profitability of many, the financial opportunities presented by the growing global organic market will stimulate increased interested in conversion in the UK.

We therefore need much more recognition that an ambitious programme for the development of organic farming in the UK can deliver on the environmental, animal welfare and economic goals set out in the consultation. We should be thinking about growing organic to 10% or more of UK food and farming, as our competitors are doing, not just maintain the status quo.

Many consultation meetings are planned by different organisations including NFU, CLA and environmental groups. For the organic sector, we are organising meetings of the English Organic Forum (EOF) on Friday 13th April at Elm Farm, which will lead to a formal consultation meeting of the Defra/EOF Organic Roundtable on 3rd May. The Soil Association are organising a Future Farming for Organic Farmers – Open Meeting in Cirencester on 17th April. Responses can be submitted online or by email. The consultation closes at 11:45pm on 8 May 2018. Make sure you get out there and make your voice heard.