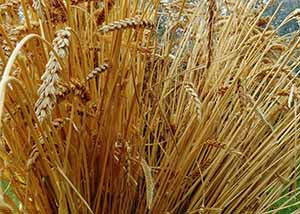 The European Commission’s proposal for plant reproductive material law, also known as the “seed regulation”, was voted down by Parliament on Tuesday, amid concerns that it would give the Commission too much power and leave EU countries without any leeway to tailor the new rules to their needs. Following the Commission’s refusal to withdraw its draft text and table an improved one, Parliament closed the first reading.

The Commission’s draft text was rejected by 650 votes to 15.

“Today’s vote shows the depth of Parliament’s dissatisfaction with the Commission’s proposal, which failed to meets its core objectives such as simplifying the rules and promoting innovation. It also prompted many concerns among MEPs, for instance about merging 12 directives into a single directly-applicable regulation with no leeway for member states to tailor new rules to their needs”, said Agriculture Committee chair Paolo De Castro (S&D, IT).

“As MEPs, who co-legislate with the Council, we want to take our full responsibility for this legislation. For this reason we cannot decide in a hasty manner on this proposal, which is crucial for many growers’ associations, companies and citizens. The high number of ‘delegated acts’ would give Commission excessively wide powers over certain issues in areas which, due to their sensitivity, should be defined in the legal text”, explained rapporteur Sergio Paolo Francesco Silvestris (EPP, IT).

“We therefore regret that Commission has declined to withdraw this widely-disputed text and come up with a better one. It is clear that the draft new rules must be redesigned to better respect different situations in different member states and bring about real improvements for all producers, consumers and the environment. We hope member states will be strong enough to follow Parliament’s position and reject this unsatisfactory proposal”, added Mr. De Castro.

Since the Commission refused to withdraw its proposal after Parliament rejected it, MEPs finalised the first reading and sent their position to the Council.

If the Council supports Parliament’s rejection, then the legislation process will end. Alternatively, the Council could amend the original Commission’s proposal. If it does so, then Parliament could either reject the Council’s amendments at the second reading – and thus kill the legislative proposal for good – or it could start negotiations with the Council on the final wording of the new seed legislation.

The IFOAM EU group has called for the Commission to come up with significantly improved proposals that ensure market access for those seed producers that preserve and develop our genetic diversity and remove bureaucratic rules unfairly restricting their entry. Agro-biodiversity must be the focus of new seed marketing rules, they say. This means:

Read the press release on the European parliament website here