Home / News / Organic crop area on the rise in the EU

Organic crop area on the rise in the EU 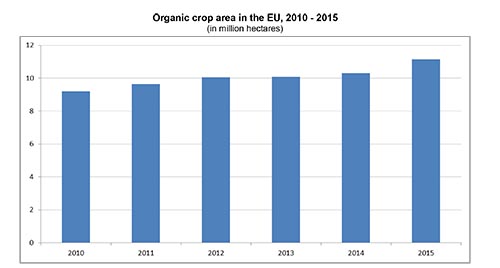 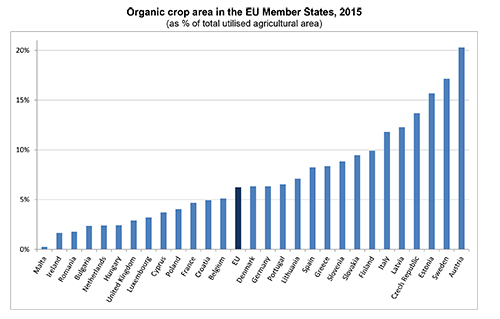 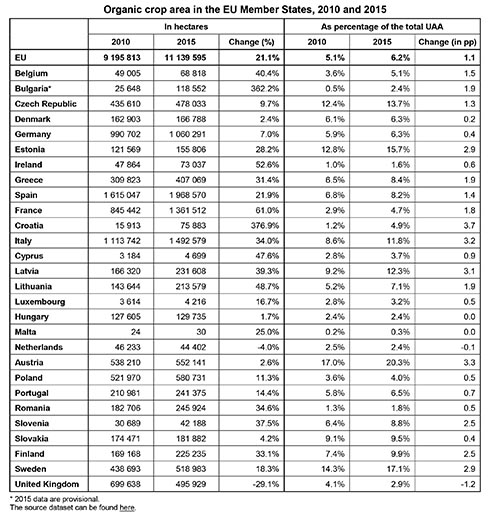 With more than 11 million hectares of certified area or area under conversion in 2015, organic farming made up 6.2% of the European Union’s (EU) total utilised agricultural area (UAA). Since 2010, the area devoted to organic farming has grown by almost two million hectares. Similarly, an upward trend can be observed for the number of registered organic producers. At the end of 2015, 271 500 organic agricultural producers were registered in the EU, an increase of 5.4% compared with 2014.

This information comes from an article issued by Eurostat, the statistical office of the European Union, and shows only a small selection of the wide range of data on organic farming available at Eurostat. Organic farming combines best environmental practices, a high level of biodiversity, the preservation of natural resources and high production standards based on natural substances and processes. It provides for a specific market responding to a specific consumer demand while at the same time delivering public goods in terms of environmental protection, animal welfare and rural development.

Austria, Sweden and Estonia on top for organic farming

It should be noted that the importance of the organic sector is generally lower in regions with plains where more intensive production systems prevail.

Organic land area up in all Member States, except the United Kingdom and the Netherlands