Organic optimism and a Royal visit 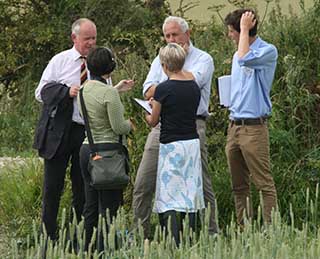 BBC R4 Farming Today’s Sybil Ruscoe reports from the visit of the Prince of Wales to Helen Browning’s Eastbrook Farm in Wiltshire, as part of his Food & Farming Summer School, hosted by ORC. It rounds off a positive week for organic farming. Research published this week in the British Journal of Nutrition suggests that organic crops contain higher levels of some antioxidants than conventionally grown crops. The study has put a spring in the step of organic farmers, recovering after a slowdown in consumer spending during the recession. The latest figures from Defra show that the number of producers in the UK fell for five years in a row until 2013. Farming Today This Week meets growers from around the country who believe that organic is bouncing back.

The programme includes an interview with John Newman of Abbey Home Farm and ORC researcher Nick Fradgley talking about the Field Labs.