The Oak Award open for nominations

The Oak Award for outstanding contribution to the UK organic sector 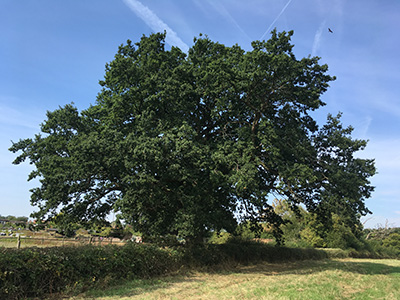 What is The Oak Award?

The Oak Award will be given annually by the Organic Trade Board, to an individual who has made an outstanding contribution to the UK organic sector. Although the final decision as to who will receive the award will be made by a panel made up of OTB strategy committee and the trustees of the Organic Research Centre, nominations and views will be sought from the whole of the organic community.

The award will be a way for the all of us to recognise the work of one outstanding individual each year, shining a light on excellence and innovation in the UK organic sector.

What are the benefits of getting an Oak Award?

Simply being nominated for the award demonstrates the appreciation of the community for outstanding contribution an individual has made. The Oak Award aims to celebrate the unsung organic heroes. It is a recognition of the value and esteem their friends, colleagues and family hold them in, for the incredible work they are engaged in every day.

It is also a chance to share and to celebrate the work of the sector as a whole, while the exclusive nature of this single annual award emphasises the huge importance that one individual can make.

Who can get an Oak Award?

Anyone can be nominated to receive the Oak Award if;

The Oak Award will recognise an individual working in research, farming, manufacturing, supply chain, retail or in a community initiative to name just a few. Whether their contribution was in the past or for the future development of the sector, we want to spread the net as wide as possible.

How to nominate an individual for an Oak Award?

You can make a nomination using our online nomination form: https://tinyurl.com/yaoqxypl

To be considered for the award a nominee must receive at least two nominations, so you might want to encourage others to nominate the person that you think deserves to be recognised too.

When making a nomination, you will need to supply;

Nominations must all be received by 1st October 2018

What happens if I am nominated?

If you have been nominated for an Oak Award, we will contact you to let you know and you will need to accept the nomination before your details are passed to the judging panel.

The final three nominees will be invited to the prestigious award ceremony at Yeo Valley, in Blagdon near Bristol on 25th October, where the 2018 Oak award winner will be announced.

But, just being nominated is an honour in its own right and we aim to recognise all the nominees, with a certificate or a small gift.

How will the winner be chosen?

We expect a variety of nominations from all areas within the organic sector.

This committee then will put forward a short list of three nominees to the Directors of the Organic Trade board who are tasked with selecting one person from this list to receive the Oak award for outstanding contributions for that year.