The Organic Trade Board (OTB), in partnership with Organic Denmark, have been successful in a joint funding application to the EU to promote the Organic food and drink sector. OTB will manage the fund on behalf of both countries, amounting to €10.4million over three years. 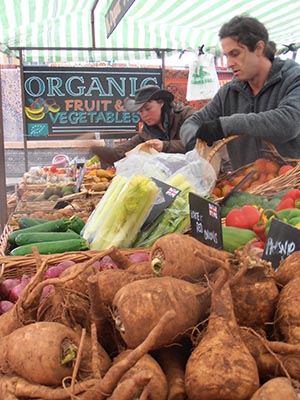 The OTB bid was successful as the campaign will focus on growing retail sales, increasing employment in organic agriculture and raising awareness of the benefits of organic food and drink. 70% of the fund will be spent in the UK.

The UK Organic market grew by 5.6% in 2016, is worth £1.4Bn p.a. and represents 1.8% of total grocery sales. In contrast, the non-organic sector grew by only 0.6% last year. Despite this encouraging growth, we lag behind other countries showing dynamic organic growth – Denmark up 18% in the second half of 2016, representing 10% of all retail food sales. Across European countries, average growth in organic sales is 9% p.a. The UK is half the size of the French Market and one third that of Germany.

Adrian Blackshaw, Chairman of OTB commenting said “We are delighted to have won this bid and to be able to share best practice with our partner, Organic Denmark. The aim of the campaign, estimated to be the largest international Organic campaign, is to grow the organic sector and increase total annual spend on organic. Given the worldwide growth in organics, we are excited at the export potential for UK producers and brand owners.”

The campaign has been match funded by 60 OTB member companies, which account for 70% of the UK Organic market, including Tesco, Sainsbury’s, OMSCo, major brands such as Doves Farm Foods and Rachel’s, plus independent retailers and wholesalers. OTB members have pledged £340K p.a. The total fund will be £1.7m p.a.

Henrik Hindborg, Marketing Director at Organic Denmark: “Denmark has become the world’s leading organic nation, with Organic food sales representing 10% of all food sales in 2016, moving Organic from “niche” to “mainstream.” We have had 10 years of consistent growth, with half of all Danes now buying organic food every week. This has been achieved through a combination of effective organic policies and close co-operation with Danish retailers. We are looking forward to working alongside our British counterparts and sharing our joint enthusiasm and expertise.”

Globally, there is growing consumer demand for organic food, demonstrating significant growth opportunities for export. In 2014, the global market for organic food was $80 billion. The US is the largest single market, worth $43 billion and forecast to grow by around 15% by 2018. Nor is organic the preserve of the West, with China now the fourth largest market with a growth rate of 25%.