Home / News / Beyond ‘mainstream’ and ‘alternative’ in organic supply chains

Beyond ‘mainstream’ and ‘alternative’ in organic supply chains 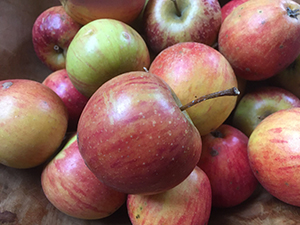 A new paper arising out of the Value added project.

Lead author Stefano Orsini, Senior Researcher at ORC said: “The findings to some extent debunk the widely held belief that supermarkets use their position to extract bigger margins. Also, they clearly reveal the need for organic farmers to engage in collaborative marketing as a means of securing more value. And … perhaps most importantly, the use of the added value calculator overcame many of the problems inherent in the analysis of value chains where actors are unwilling to share information.”

Purpose – This research investigates the supply chains for organic milk, apples and pasta in eight European countries and how added value is distributed among market players.

Design/methodology/approach – Using secondary data and expert interviews, a market overview for the three products is provided as the basis of a more detailed analysis of the added value in twelve organic supply chain examples. For this, interviews with market players and an ‘added value calculator’ tool are employed.

Findings – The farm gate and retail price of organic products is higher than conventional. Super-markets are the main outlet for organic milk and apples in the countries studied, whereas the situation for organic pasta is varied, suggesting that the use of different sale channels is influenced by the food product. The farmers’ share of added value ranges between 3% and 65% of the added value created in the organic supply chains analysed.

Organic offers opportunities to increase the farmers’ share of added value both in supermarkets and alternative sale channels, by developing collaboration, physical infrastructures for organic and integrating operations upstream of the chain.

Research limitations/implications – While more research is needed into a larger number of chains, this paper indicates that there are dynamics and features at supply chain level, such as the distribution of added value and the target markets used, that cannot be interpreted according to the binary division between ‘mainstream’ and ‘alternative’ organic suggested by the con-ventionalisation hypothesis.
Originality/value – The distribution of added value for existing supply chains in eight European countries is calculated by using an effective added value calculator tool.