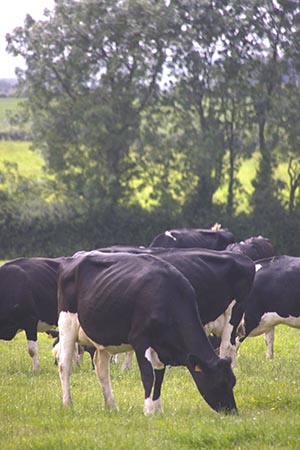 This milestone is being attributed to a three-year project initiated by the Organic Milk Suppliers Cooperative (OMSCo) to increase the levels of iodine in organic milk, following industry concern that levels were behind conventional milk.

“Organic dairy standards prescribe that herds must graze outside for as long as possible, which is typically more than 200 days per year, and that at least 60 percent of their diet must come from forage. It’s these factors which have historically been at the root cause of lower iodine levels in organic finished milk,” says Richard Hampton, OMSCo managing director.

“As a result, in 2014 we initiated a project to ensure comparable levels of iodine in organic milk working with feed mills and our members,” adds Richard.

“Since implementing the programme, we’ve seen a consistent upward trend in iodine levels and the latest independent results from 58 tests of whole, semi-skimmed and skimmed milk show, for the first time, that the average level of iodine in organic milk is 11 percent ahead of the conventional average in finished milks.”

Richard adds that OMSCo is the leading supplier of organic milk to the UK market and the study highlights that milk produced from OMSCo only farms, is 42% ahead of the conventional average, showing the commitment OMSCo members have made to the project.

“We will continue to proactively work with feed mills to supplement iodine in organic feed, alongside our producers to develop bespoke action plans tailored to the circumstances of individual farms, to ensure levels are maintained,” says Richard.

He adds that there are a host of other benefits of consuming organic milk, including increased levels of omega-3.

“In February 2016, a study published in the British Journal of Nutrition, reported that organic milk contains around 50 percent more beneficial omega-3 fatty acids than non-organic. This includes organic dairy produce, such as butter, cream, cheese and yoghurt.”

As the predominant organic dairy supplier for the UK, Richard adds that OMSCo remains committed to ensuring adequate levels of iodine and trace elements.