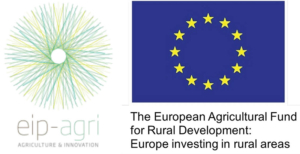 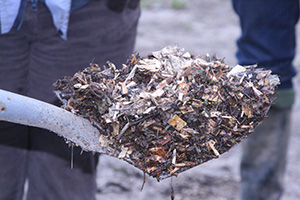 WOOFS is a new EU-funded EIP Operational Group of researchers, farmers and foresters from the UK. The group is led byORC and formed to investigate the role of woodchip in soil health.

There is evidence to suggest that the application of uncomposted (ramial) woodchip at an appropriate phase in a crop rotation can increase SOM, water holding capacity and nutrient levels of soils. However research on this subject is limited and with increasing awareness of soil health and the benefits of closed-system farming there is a need to further investigate this potential. This project will trial the addition of uncomposted vs composted woodchip from on-farm woody resources as a soil improver. By linking management of farm hedges and trees with the improvement of soils for agricultural production and providing an additional economic incentive for management of hedges and on-farm woody resources the project aims to increase the sustainability of the system as a whole. Through partnership with farmer, forestry and adviser groups results will be disseminated via a range of mechanisms including conferences, workshops, web material and technical leaflets.

The overall aim of the project is to both increase soil health and to provide an incentive for farmers to manage woody elements on their farm as part of a whole farm system. Replicated field trials will be set up on three farms in the South of England this winter and will run for three years, alongside the trails; a review of existing research and knowledge on the subject will be carried out and management plans for farm hedges and woodlands will be produced to ascertain the potential for on-farm production of ramial woodchip.

Specific objectives and outputs from the project are:

We have produced three short technical guides outlining observations and results from the trials.

Posted in: Agroforestry, Past Projects