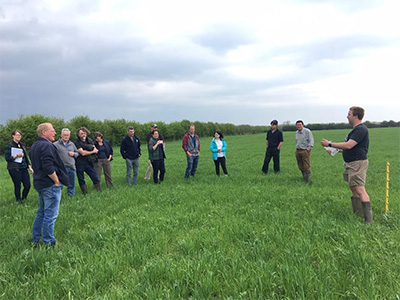 The Innovative Farmers field lab aims to explore opportunities for intercropping and companion cropping in arable systems including:

In 2018/19 three trials were drilled on two farms (T1 and T2 on Bockhanger Farm, Kent and T3 on Roundhill Farm, Wiltshire). Each trial had a different objective as outlined below:

Furthermore, for trials 1 and 2, different seed rates of the intercrop (oats for T1 and OSR for T2) were tested to determine what differences there are in the effect, and in yield, in relation to this factor.