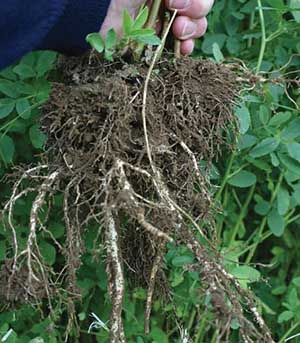 Although many organic farmers rely on white and red clover to provide fertility, there are many more leguminous species available with interesting traits. In the fourth part of a series of articles on lesser-known legumes (first published in the Organic Grower) Dr. Thomas Döring reviews three more species; Large Birdsfoot trefoil (Lotus pedunculatus), Meadow Pea (Lathyrus pratensis) and White Sweetclover (Melilotus alba), using information from the literature and the Legume LINK project, which was led by the Organic Research Centre from 2008 to 2012.

See article one in the series: Sainfoin and birdsfoot trefoil

See article two in the series: Alsike and crimson clovers

See article three in the series: Black medic and lucerne