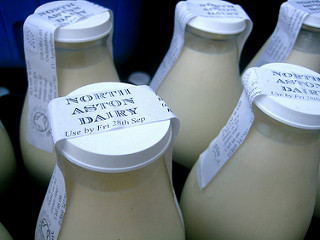 In the largest systematic reviews of their kind, an international team of experts led by Newcastle University, UK, has shown that both organic milk and meat contain around 50% more beneficial omega-3 fatty acids than conventionally produced products.

Publishing their findings today in the British Journal of Nutrition, the team say the data show a switch to organic meat and milk would go some way towards increasing our intake of nutritionally important fatty acids.

Newcastle University’s Professor Carlo Leifert, who led the studies, said:
“People choose organic milk and meat for three main reasons: improved animal welfare, the positive impacts of organic farming on the environment, and the perceived health benefits. But much less is known about impacts on nutritional quality, hence the need for this study.”