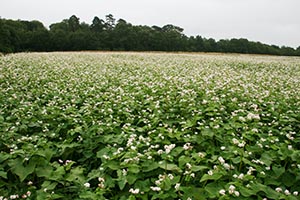 DIVERSIFOOD will evaluate and enrich the diversity of cultivated plants within diverse agroecosystems so as to increase the performance and resilience of those systems while simultaneously increasing the range and quality of the produce for consumers.

The DIVERSIFOOD project aimed to enrich cultivated biodiversity by testing, renewing and promoting underutilised genetic resources. Through a radical multi-actor approach, with the active engagement of communities of farmers, processors and researchers, it has proposed an innovative way to bring genetic resources in use also aiming to encourage a new food culture. The project has involved 21 partners from 12 European Countries. The project brought together farmers, scientists, processors, traders and consumers to promote the greater use of diverse plants and produce with a local and cultural identity and to demonstrate how society at large can encourage sustainable agriculture, as well as simultaneously promoting this concept through production and marketing avenues.

From the seedbank to the field

ORC coordinated a series of experiments conceived as an exploration of genetic resources in specific, local agroenvironmental or market contexts, often linked with farmer initiatives. Nine species were tested with hundreds of accessions in 33 different trials across Europe. Seeds were sourced from a variety of both informal and formal, ex-situ and in-situ collections, such as those maintained by the partner ProSpecieRara in Switzerland, and from public seedbanks, such as the John Innes Centre in the UK. This created a unique merging and on-farm deployment of genetic resources from very different sources. In the UK we concentrated our attention on the underutilised relatives of wheat: Einkorn (Triticum monococcum) Emmer (Triticum dicoccon) and Rivet Wheat (Triticum durum subsp. turgidum) exploring many different genetic resources (old varieties, landraces, newly generated populations) under agroecosystem, productive and, in collaboration with the University of Bologna, the nutritional quality perspective, and is now bulking up seeds of the most interesting accessions.

From the field to the plate

In parallel, ORC coordinated a socio-economic study on supply chains for products of underutilised genetic resources. ORC looked at eight case studies, four on vegetables and four on cereal species, considering the perspectives of different actors from farmers to consumers, and generating pointers that need to be carefully considered when aiming to create novel value chains that embed diversity.

The DIVERSIFOOD Database: To merge results from all the experiments on ‘underutilised crops’ in a unique, available, accessible repository, the ORC team has generated the ‘DIVERSIFOOD database’. Unlike many existing databases on genetic resources, mostly focused on descriptions and generic information, this tool aims to provide an information basis on actual performance data of genetic resources, with minimally filtered data. You will find the Excel database and a PDF report including a user guide and factsheets from all trials at:www.diversifood.eu/diversifood-database/

DIVERSIFOOD final congress Links to the proceedings and all presentations.

See photos from the trials of Emmer, Einkorn and Rivet wheats. 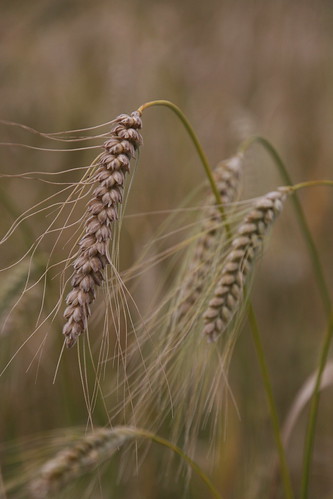 All sources of funding: